APM Institute for the Advancement of Physics and Mathematics

Location of the APM Institute

The APM Institute begun its operations in its new space in March 2014 in Athens, Greece. Its premises include research space, a presentation hall and a library.

Purpose of the APM Institute is the progress and Advancement of Physics and Mathematics and the support of its members. Fundamental physics, Cosmology, Iterative systems, Chaos, Information physics, History of science, are some research areas pursued by the institute’s members. A main target of the Institute is to keep gifted Greek scientists from leaving Greece. One such promising research topic is the physical Theory of Self-variation, originated by Emmanuil Manoussos in 2007.

Introduction to the Theory of Self-variation (TSV)

Axiomatic Foundation of Theoretical Physics
The Theory of Self-variation

Chapter 16, The Cosmological Data as a Consequence of the Theorem of
Internal Symmetry, June 13, 2021 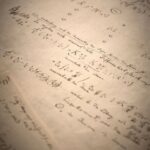 Chapter 16 of the book “Manousos, E. Axiomatic Foundation of Theoretical Physics. The Theory of Self-variation. (2021) APM Institute for the Advancement of Physics and Mathematics. Columbia, SC.”includes the cosmological equations of the Theory of Self-variation.The set of these equations determines the cause of the currently known cosmological data.

The auction houses Aguttes and Christies (Paris) have jointly auctioned on 22 Nov 2021, one of the most important manuscripts shedding light into how Albert Einstein arrived to the formulation of his General Relativity theory, published on 2 Dec 2015, almost 106 years before the auction. The manuscript consists of 54 pages full of equations, half of them handwritten by Einstein and the other half written by Michele Besso, a close friend of Einstein from the days of the Federal Polytechnic Institute in Zurich (today ETH). The manuscript was a collaboration of the two friends  and contains an early version of the field equations. It was written in 1913/ early 1914 and its target was to account for the perihelion shift of Mercury. In the manuscript no firm conclusion about the Mercury anomaly was reached and it was eventually abandoned by Einstein. However it offers invaluable insight into the minds of both men and on the stages of development of what was to become the famous theory of general relativity. Its estimate was already a record €2-3 Million. However after fierce competition is was sold for €13,383,000. 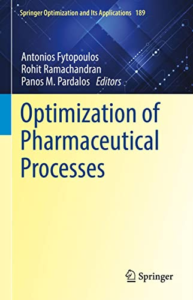 Optimization of Pharmaceutical Processes presents contributions from leading authorities in the fields of optimization and pharmaceutical manufacturing. Formulated within structured frameworks, practical examples and applications are given as guidance to apply optimization techniques to most aspects of pharmaceutical processes from design, to lab and pilot scale, and finally to manufacturing. The increasing demand for better quality, higher yield, more efficient-optimized and green pharmaceutical processes, indicates that optimal conditions for production must be applied to achieve simplicity, lower costs and superior yield. The application of such methods in the pharmaceutical industry is not trivial. Quality of the final product is of major importance to human health and the need for deep knowledge of the process parameters and the optimization of the processes are imperative.

The volume, which includes new methods as well as review contributions will benefit a wide readership including engineers in pharmaceuticals, chemical, biological, to name just a few.

Anyone is welcome to contribute to our factorization tables. For this please contact Kyriakos Kefalas through the contact page of the Institute, but make sure that the material you send us deserves to be included in the tables.

…The origin of all technical achievements is the divine curiosity [of Socrates/Plato] and the play instinct of the working and thinking researcher as well as the constructive fantasy of the inventor… Albert Einstein, speech on the radio at the opening of the 7 Deutsche Funkausstellung in Berlin, 1930. 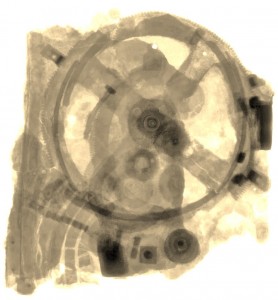 Astronomy is the oldest science developed as humans that have been watching the sky for centuries and millennia started attempting to understand all celestial motions, of the stars, the Sun, the Moon and finally the planets. This eventually led them to try to understand their existence in the Cosmos. This was the birth of Philosophy and Humanity. Humans develop calendars form prehistoric times and for this they develop mathematics and astronomy…

The Antikythera Mechanism is the oldest known astronomical instrument and astronomical computer that we have in hands, probably made between 150 and 100 BC, by a Greek mechanic and astronomer with excellent knowledge of mathematics.
Read more…          Leave your Comment

In simple cases, dynamical systems are described by the 1st order autonomous difference equation of the form:

which we call the Abel Difference Equation (ADE)*, where u, is an arbitrary function defining the system. Despite its simplicity, it is difficult (or impossible) to find smooth functions f (i.e. smooth flows) which are solutions of the ADE, for arbitrary non-linear smooth functions u. An elegant solution to this problem is presented by Kyriakos Kefalas ( On smooth solutions of non linear dynamical systems, fn+1 = u(fn), part I, Phys. Int., 5: 112-127, 2014) for wide classes of increasing functions u. There it is shown that sufficiently smooth solutions of (1) , are given by:

, is the kth iterate of u. The solutions depend on a modulator function, , which introduces a (usually remarkably tiny) oscillation into f. Central inside the parenthesis is an infinite composition of functions called a continued form, defined as:

where, {uj }, is a sequence of functions and the variable s, on top indicates the composition variable. The symbolism stems from the analogy with

, with the binary operation replaced by (non-commutative) composition. The conditions for the existence of the overall limit in (2) are investigated as well as the conditions for the convergence of the infinite continued form inside, where the two limits have to be independent from each other. It is also proved that (2) converges to the desired function f,

, for a wide class of defining functions u. It is also remarkable that in many cases  (for ex.,

*To avoid confusion with the related Abel Functional Equation (AFE),

Hypersphere World-Universe Model (WUM) envisions Matter carried from Universe into World from fourth spatial dimension by Dark Matter Particles (DMPs). Luminous Matter is byproduct of Dark Matter (DM) annihilation. WUM introduces Dark Epoch (spanning from Beginning of World for 0.4 billion years) when only DMPs existed, and Luminous Epoch (ever since for 13.8 billion years). Big Bang discussed in standard cosmological model is, in our view, transition from Dark Epoch to Luminous Epoch due to Rotational Fission of Overspinning DM Supercluster’s Cores and annihilation of DMPs. WUM solves a number of physical problems in contemporary Cosmology and Astrophysics through DMPs and their interactions: Angular Momentum problem in birth and subsequent evolution of Galaxies and Extrasolar systems—how do they obtain it; Fermi Bubbles—two large structures in gamma-rays and X-rays above and below Galactic center; Mysterious Star KIC 8462852 with irregular dimmings; Coronal Heating problem in solar physics—temperature of Sun’s corona exceeding that of photosphere by millions of degrees; Cores of Sun and Earth rotating faster than their surfaces; Diversity of Gravitationally-Rounded Objects in Solar system and their Internal Heat; Lightning Initiation problem—electric fields observed inside thunderstorms are not sufficient to initiate sparks; Terrestrial Gamma-Ray Flashes—bursts of high energy X-rays and gamma rays emanating from Earth. Model makes predictions pertaining to Masses of DMPs, proposes New Types of their Interactions. WUM reveals Inter-Connectivity of Primary Cosmological Parameters and calculates their values, which are in good agreement with the latest results of their measurements.
Read more…          Leave your Comment

Our group is using an extension of general relativity from four to five dimensions where the extra dimension is interpreted as giving rise to matter. Hence the name, Space-Time-Matter theory. Mathematically, STM theory is based on an old embedding theorem of Campbell, which ensures that the 5D Ricci-flat field equations contain the 4D Einstein field equations with matter. Physically, the forms of 4D matter are determined by the dependence of the 5D metric on the extra coordinate. Vacuum is especially simple, being the result of a 5D metric whose 4D part is quadratically factorized by the extra coordinate.
Read more…          Leave your Comment

The concept of “information” is widely used in modern science and means “data” or “message”. In spite its use by various scientists no physical essence can be still attached to it. The first appearance of the original concept of information theory took place during the development of various communications systems, which had to ensure information transfer or exchange. The operational principles of various systems obey strictly the laws of physics, where optimization of the same systems operation requires the dealing with the amount of information, which can be transmitted through communication channels. H. Nyquist, R. Hartlee and C. Shannon, and Landauer all employees of Bell Laboratories were pioneers in the field. Their works resulted to Shannon’s theory of information which further resulted in the optimization of the operation of the technical systems. Furthermore, a collection of these notions, called by Shannon himself “Mathematical Theory of Communication”, became the basis of classic Information Theory (Shannon, 1948).
Read more…          Leave your Comment

For more scientific topics see the Physics and Mathematics categories or choose from the selection below:

We kindly thank our Donators who have contributed to the Research Departments and the Scientific Library of the APM Institute.