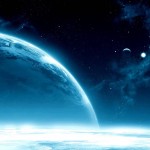 Does the apparent lack of alien visits on Earth imply their non-existence ? This question of alien visits has puzzled many scientists and laymen. There is no easy answer. However after discarding answers that we consider either flawed or highly improbable, a few remain that seem sufficiently reasonable. These are…

Does the apparent lack of alien visits on Earth imply their non-existence ?

This question of alien visits has puzzled many scientists and laymen. There is no easy answer. However after discarding answers that we consider either flawed or highly improbable, a few remain that seem sufficiently reasonable. These are: 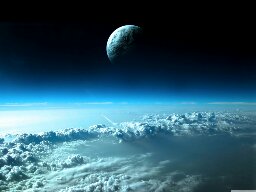 First I will present, and reject, two common answers to this question that seem more plausible at first sight.

According to the data send by the Kepler spacecraft of NASA, there may be 100-400 Bill planets surrounding stars in our Galaxy. There may be trillions more loose wanderers, not bonded to any star. Statistically we estimate that there are 100 Bill other galaxies in the observed universe. This makes in total more than 1023, planets, a significant portion of which have conditions that can support life as we know it. The raw materials needed for life as we know it, also seem quite abundant in the cosmos. Hence there is almost zero possibility that the life experiment has not repeated itself countless times. We must also take into account life in forms that we cannot even imagine.

However we must consider that an advanced civilization needs a lot of time to develop from the simple forms, judging from the only history of life we know here on Earth. It took over 3.7 Bill years to reach our present status. Nevertheless the universe is old enough since stars have been found with ages more than 12 Bill years. Thus alien life forms could easily exist for billions of years longer than ours. If we consider that for the past 8 Bill years at least, the overall conditions of the universe have remained reasonably similar to the present ones, and assuming that life is created by chance at an overall constant rate, than at least half of the life created is older than on Earth. We conclude that considering the enormous number of possibilities for life creation, there is almost no doubt that a great many (very) advanced life forms exist in the universe. Hence the first plausible answer, that there are too few advanced civilizations, is rejected as highly improbable .

It seems to be true that if two societies of different evolutionary level get into unexpected contact, the less advanced one is driven towards self destruction. This has become a sad reality after the arrival of the people of the old world to the American continent. This reasoning applies if the evolutionary gap between them is not too great. Under this assumption our governments have good reason to keep any arrival of aliens in secret, as to protect the general public. Moreover the governments have a lot to gain from such a contact. However the governments consist of a lot of people and it seems impossible to keep such secrets of utmost importance for decades, centuries or even thousands of years. Hence the second plausible answer is also rejected.

Thus we assume that there are indeed many advanced civilizations in the cosmos and all or most of them, should have travelers exploring their neighborhood in the universe. If the civilization is more advanced than we are, but not too advanced, it is reasonable to think that they must obey the restrictions of special relativity theory. So for the travelers to be in reasonable contact with their home civilization, they must travel up to a radius of a few tens of light years. Further away any communication becomes meaningless. Another consideration is that no advanced civilization would waste time recklessly. So if they want to travel further away, they will have to make use of the provisions (predictions) of special relativity regarding time dilation. It is certain that they will construct spaceships traveling near light speed, probably using a space travel mode of constant acceleration. This concept however brings a new insurmountable problem. The travelers may cover distances of thousands or even millions of light years in just a few of their own years, but they end up alone, totally isolated from their home civilization, which will have aged thousands or millions of years respectively.

We may thus conjecture that no civilization will send a lot of the – never to return – travelers into far spacetime. Indeed one can imagine that, once the technology is available, there will nevertheless be adventurous ‘guys’ to do this. But where will they go? Which will be their target? They are able to choose a destination not restricted to 3-dim space, but anywhere (inside the future lightcone) in 4-dim spacetime. This fact makes it improbable to reach the Earth now. They may well reach the Earth millions of years earlier or later than present epoch. In conclusion, despite the fact that there might be a lot of moderately advanced civilizations in the universe, it is improbable that they visit us today for three reasons:

i) Not too many – never to return – travelers will attempt spacetime travel, considering that they will be never of some use to their own civilization.

ii) Even if these travelers are of considerable numbers relative to 3-dim space, they will be sparsely distributed in 4-dim spacetime. The extra dimension adds infinite more possibilities to choose a destination target, in space and time.

iii) Since most part of their journey will be close to light speed, they can only come in contact with their planned destination and not with passing by places.

Thus civilizations more advanced, but not too advanced, have little chance of getting here now.

Civilizations that are incredibly more advanced than we are, will probably not be restricted by special relativity. However we might not be able to conceive them, more than a termite can conceive us passing by. Moreover this would not be the kind of contact we seek. We rather seek contact with some civilization which ideally, is just a little more advanced than we are. However special relativity puts an obstacle for this fulfillment.

Thus the lack of alien visits does not necessarily imply their non-existence.