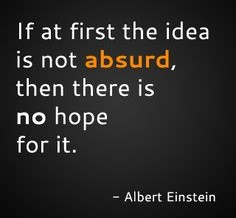 The Theory of Selfvariations (TSV) is a physical theory originated by the Greek mathematician Emmanuil Manousos in 2007. It relies on the assumption of a continuous slight increase of the rest mass and electric charge of material particles called the selfvariations. The selfvariations are strictly defined by the law of the selfvariations and are consistent with the fundamental principles of physics.

The TSV predicts one interaction with a common mechanism between material particles (Unified Selfvariation Interaction, USVI). The USVI is the sum of three terms, of which everyone plays a different role in the interaction. The first is expressed by a force parallel to the direction of movement of the material particle and is exclusively the result of the Selfvariations. The second term expresses the curvature of space-time and the third the Lorentz force. The characterizing properties of the interaction depend on the relative strength of the three terms. The distinction between individual interactions is due to the different argument i.e. the selfvariating ‘load’ which can be the rest mass, the electric charge, etc. which causes the interaction in the first place.

The wave equation of the TSV

The TSV provides a wave equation whose special cases are the equations of Maxwell, the Schrodinger equation and relevant wave equations. It clearly demonstrates the particle structure and wave behavior of matter and the relationship between them.

On the conserved physical quantities

On the particle structure of matter

Among the equations of the TSV we find sums of squares equal to zero. One of these sums gives important information on the particle structure of matter. This equation relates fundamental constants of the TSV. The combination of this equation with the mathematical expression of the four-vector of the conserved physical quantities gives a method for calculating the rest mass of material particles. 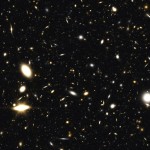 The JWST may test the validity of the TSV.

Photo: Simulated view of the deep universe as seen through the James Webb Space Telescope (JWST, planned launch date in 2018).